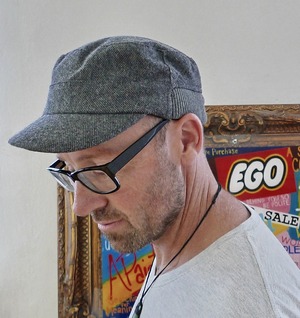 I live in Stroud, with my wife and two boys. I am originally from New Zealand and came to the UK in 1996 on a working holiday, but soon met my wife and made the decision to live here permanently.

My background is that I grew up as the son of an accomplished NZ artist, Wayne Sinclair. I therefore avoided art throughout my youth!
It wasn't until I came to the UK that I applied myself more seriously to art, and in 2004 I quit my day job to pursue an art career full-time.

I like to describe my works as "Provocative pop paintings on perspex, dealing with issues of power, prestige and possessions"

Woolff Gallery have exclusively represented me since 2009.