The People's Republic of Stroud
Previous
Next 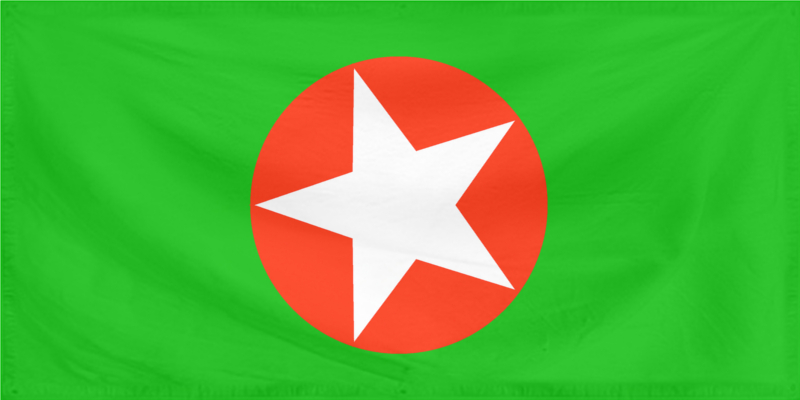 The Five Valley Star
Every Revolution needs a flag
2015 for me was the year of the flag. Being a Kiwi and obsessed with all things vexhilogical, it was natural that I was heavily involved in the New Zealand flag referendum. It rather took over my life and of course ended in failure for both myself and the nation as we failed to find a viable and likable alternative to our Union Jack dominated ensign.

This obsession led me to also design a flag for my new hometown of Stroud. I had no intention of anybody seeing it, but when my idea of The People's Republic came up, it seemed the perfect image to accompany the Revolution.

Flag Symbolism.
Five Valley Star: The 'wonky' star reflects the 5 valleys that lead to Stroud, the absence of flat gradients and the alternative nature of its residents. White the colour of example. A shining beacon of hope.
Red: The colour of revolution, the worker and Stroudwater scarlet, uniform of the redcoats.
Green: The hills that dominate our landscape, the eco credentials of this town and the billiard cloth that historically originated from these valleys.
Next
Previous